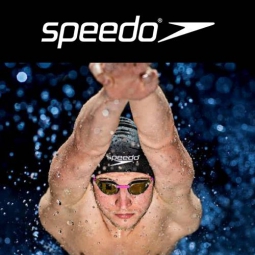 The leading brand in the field of swimming.

Speedo – The Story Of Success

The beginning of  today's most recognizable swimming brand goes way back in the year 1914, when it was known by the name Fortitude. The company was established by Alexander MacRae, who in 1910 migrated to Australia. He set up a company that manufactued underwear, called MacRae Hosiery manufactureres. With a beach culture growing each year in Ausralia, MacRae included swimwear in production and changed the company name in MacRae Knitting Mills.

Due to a more liberal additude towards mixed bathing and accepting swimming as a sport, a swimmwear market grew fast in the 20s.

1928 Macrae introduces the classic , figure-hugging 'Racerback' costume, the world's first non-wool suit. Those allowed swimmers to move free and swimm faster. Jim Parson, a retired Sea Captain, came up with a slogan »Speed in your Speedos«. And so the Speedo name was born.

1929 Sweedish swimmer Arne Borg sets a world record in Speedo swimmwear establishing the brand in the hearts and minds of swimmers and general public. That year also the first Speedo swimmsuits were being produced.

Throughout the 30s swimwear fashion constantly changed. Speedo products begun to make headlines for their style and performance.

In the early 40s the production adapted to a harsh conditions in the world. During World War Two, over 90% of Speedo's manufacturing output is given to the war effort.

After the war, Speedo opens a new factory to cope with increased demand for swimsuits – spearheaded by the bikini. The new two-piece swimsuit, that is not yet regarded as decent, is banned by Ausralian beach inspectors.

Speedo continued to dominate in competitive swimming, with even more swimmers deciding to endorse the Speedo brand.

Their relationship with the lifesaving comunity leads to the creation of the first Speedo Watershort – a brand new style for men's swimwear.

1956 – Melbourne Olympic games – Speedo's sponsorship of the entire Australian team transforms Speedo into a world famous brand. The total of 8 gold medals were won. After that the world has opened for Speedo, as they began exporting to the USA, Japan, South Africa and finally to Europe.

The global growth of the brand continued and the Speedo (Europe) subsidiary was established in London.

1968 – Mexico Olympic games – 27 of the 29 gold medalist were wearing Speedo suits. 44 countries compete in Speedo swimwear, and 22 out of 23 world records set at the Games went to swimmers weaing Speedo.

80s brought a historic agreement between Speedo and China. They provided Chinese team with training and equipment, allowing them to participate in the Olympic games after 40 years.

A Speedo trademark is protected in 112 countries. Companies in Belgium, Switzerland, the Nederlands, Iceland, Italy, Spain and Sweeden are licenced to manufacture and distribute Speedo products.

The brand developed further in the 90s. The ownership of Speedo International Ltd. took The Pentland Group, and there have also been some technological improvements.

1992 Speedo launches S2000®, first 'fast' fabric with 15% less drag than conventional swimwear fabric. 53% of all swimming medals at the Barcelona Olympics were won, using that suit.

1994 Endurance® was presented, the first ever clorine resistant fabric.

1996 AQUABLADE® was launched, with 8% lower surface resistance than S2000®. 77% of all swimming medals at the Atlanta Games were won by swimmers competing in AQUABLADE®  swimsuits.

21st century started off with style. Speedo launches the revolutionary FASTSKIN® swimsuit.  Award winning design, based on shark skin was eagery anticipated among the best of the world. The Sidney Olympics therefore saw 13 out of 15 new world records and 83% of all medals won by Speedo swimmers.

2004 FASTSKIN® FSII is presented, an evolution of FASTSKIN, which reduces passive drag up to 4%. Michael Phelps becomes a first ever swimmer who won 8 medals (6 gold) in Athens Olympics. More swimmers wore Speedo than all other brands put together.

The story of success continued with launch of Fastskin® FS-PRO – fastest and most lightweight suit on the market. In 6 months 21 world records were broken.

2008 Speedo celebrates 80th aniversary. And the most technically advanced swimsuit in the world is presented – LZR Racer®. The suit that changed the face of swimming… The Beijing Olympics brought unprecedented success. 92% medals were won by Speedo swimmers. And Michael Phelps's incredible achivement – 8 golds.

LZR Racer® suit, presented in 2008, was by far the fastest and the most revolutionar swimsuit, worn also by fenomenal Michael Phelps. Swimmers in LZR Racer® suit broke 91 world records, between Febuary 2008 and October 2009. 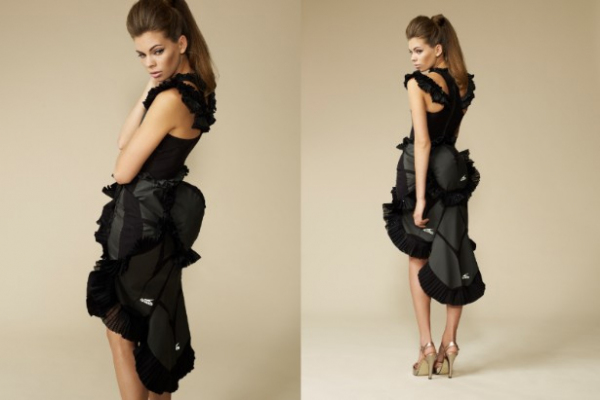 July 2009 – changes in FINA rules were announced. The recordbreaking LZR Racer®suit is banned and no longer available to profesional swimmers.

Speedo adapts to restriction by presenting the next generation of performance swimwear – The Speedo LZR Racer Elite, today used by best swimmers all over the world.

After FINA's decision about changing the rules the excess of LZR Racer suits was made. Speedo instantly begins with a new chapter in history of swimsuits by colaborating with sustainable fashion designers to recycle the unused Speedo LZR Racer suits. The idea was to use the suits in various projects and ensure that the swimsuit continues to create waves. The colaboration 'From Somewhere with Speedo' was born. The result was a fashion collection, presented at London Fashion Week. Part of the sales was donated to charity.

Amazing achivements continued with Olympics in London. 57% of all swimming medals were won by Speedo swimmers. Michael Phelps won his 22nd medal and became the most decorated Olympian of all times. All of his medals – 18 of them are gold – were won with Speedo.

The 85th anniversary is celebrated.

The 'Get Speedo Fit' is presented, a new campaign aimed at helping people reach their fitness goals through swimming. 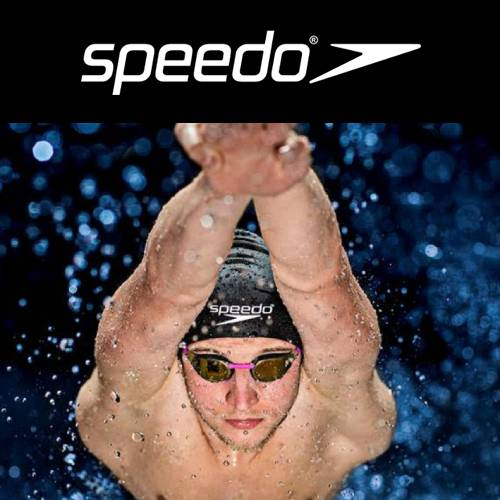 As an important part of competitive swimming, Speedo always strives to put technological inovation in the foreground. All those different collections demonstrate the passion and determination of being always one step before competition. Speedo products are designed to follow swimmers needs and by constant efforts to use new technologies and fabrics to please the individual needs of a swimmers and offering them constant support.

As leading brand in swimming, Speedo is passionate about life in and around watter and supports all enthusiasts from beginners and all the way to profesionall swimmers.